US President Donald Trump and First Lady Melania Trump have made an unannounced Christmas visit to US troops in Iraq.

They travelled there “late on Christmas night” to thank troops for “their service, their success and their sacrifice”, the White House said.

Mr Trump said the US had no plans to pull out of Iraq.

The trip came days after Defence Secretary Jim Mattis quit over divisions about strategy in the region.

The US still has some 5,000 troops in Iraq to support the government in its fight against what remains of the Islamic State (IS) group.

Troops took selfies with President Trump on Wednesday in a surprise visit to Iraq, his first trip to US troops deployed in a war zone since being elected two years ago.

Trump, accompanied by his wife Melania, landed at 7:16 pm local time at Al-Asad Air Base in western Iraq.

According to AFP, the president spoke to troops and met with military leaders.

Although the visit took place in considerable secrecy, speculation had been mounting that Trump might make such a trip.

The visit followed the decision of the American leader to slash troop levels in Afghanistan and pull out entirely from Syria.

Mr Trump, his wife and National Security Adviser John Bolton travelled on Air Force One to al-Asad airbase, west of the capital Baghdad, to meet military personnel in the base’s restaurant.

It was his first visit to the region.

During the visit he got a standing ovation from troops as he entered a dining hall and walked around greeting them, posing for selfies and signing autographs.

He said the reason for the visit was to personally thank them for helping to defeat IS, adding: “Two years ago when I became president they were a very dominant group, today they’re not so dominant any more. Great job.”

Mr Trump had planned to spend Christmas at his private golf club in Florida, but stayed behind in Washington because of the current partial government shutdown.

The visit to Iraq lasted about three hours. On the flight back, the president’s plane refuelled at Ramstein Air Base in Germany and Mr Trump used the brief stopover to meet troops stationed there. He posed for pictures and shook hands with some of the hundreds of soldiers who lined up inside a hangar.

Mr Trump said the US could use Iraq as a forward base if “we wanted to do something in Syria”, Reuters news agency reports.

He defended his decision to withdraw US troops from Syria during the visit, saying: “A lot of people are going to come around to my way of thinking.

“I made it clear from the beginning that our mission in Syria was to strip Isis [another name for IS] of its military strongholds.

“Eight years ago, we went there for three months and we never left. Now, we’re doing it right and we’re going to finish it off.”

Mr Trump also spoke of his conversations with Turkish President Recep Tayyip Erdogan which are believed to have influenced his decision to pull US forces out of Syria.

“I will tell you that I’ve had some very good talks with President Erdogan who wants to knock them (IS) out also and he’ll do it. And others will do it too,” Mr Trump said.

“We are in their region. They should be sharing the burden of costs and they’re not.”

He said there would be no delays in the withdrawal and added that the US “cannot continue to be the policeman of the world”. 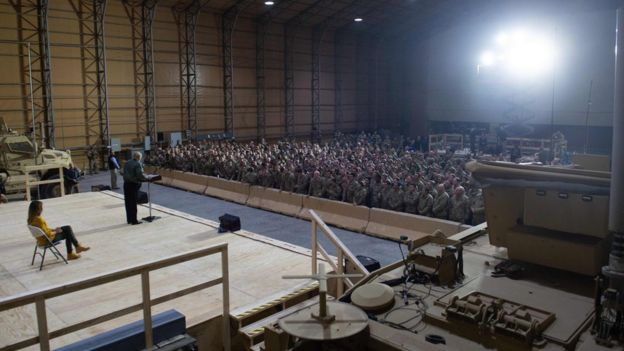 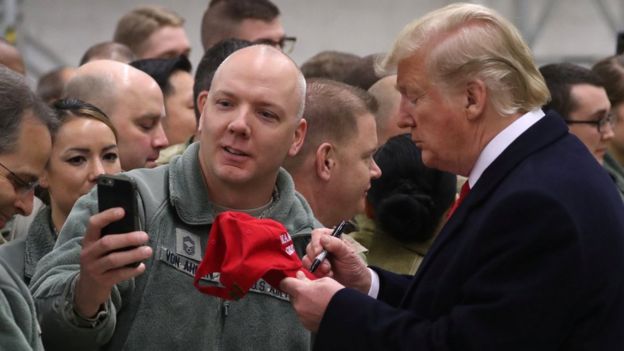 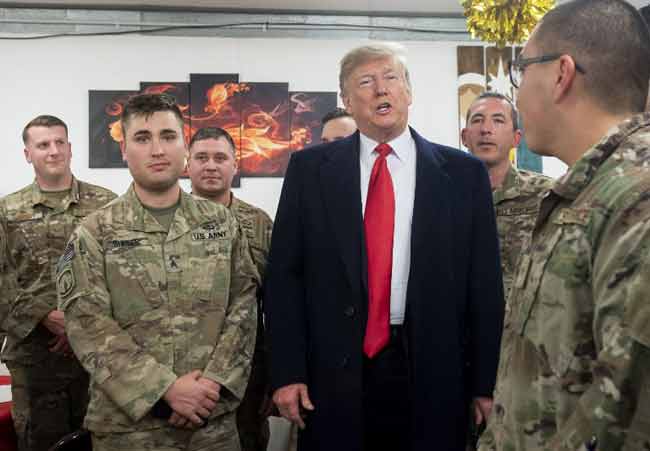 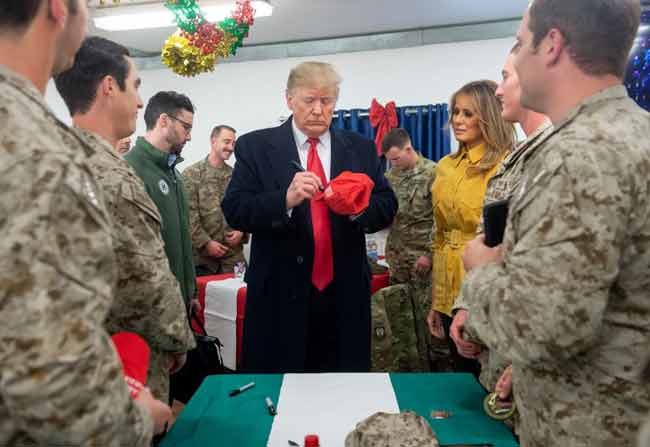 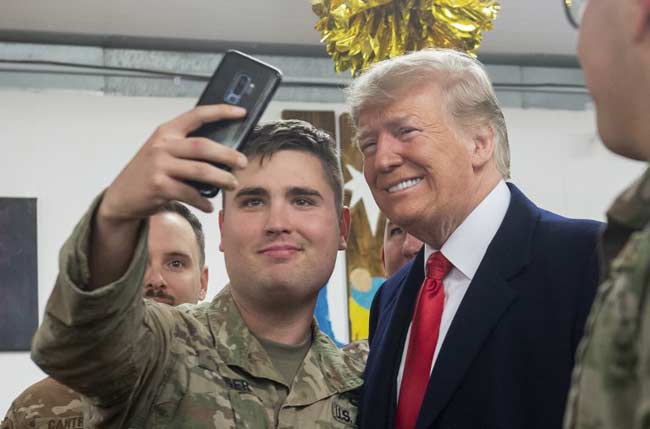 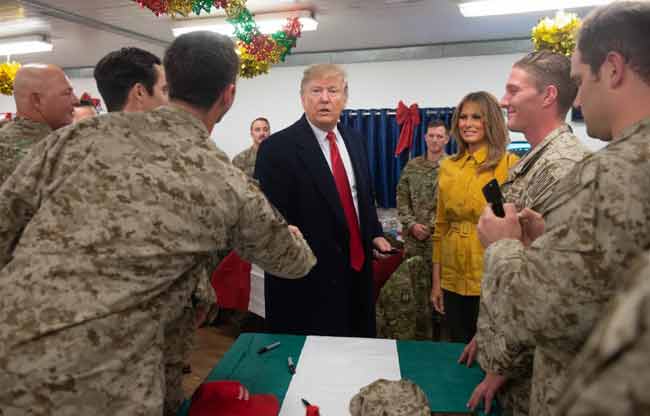